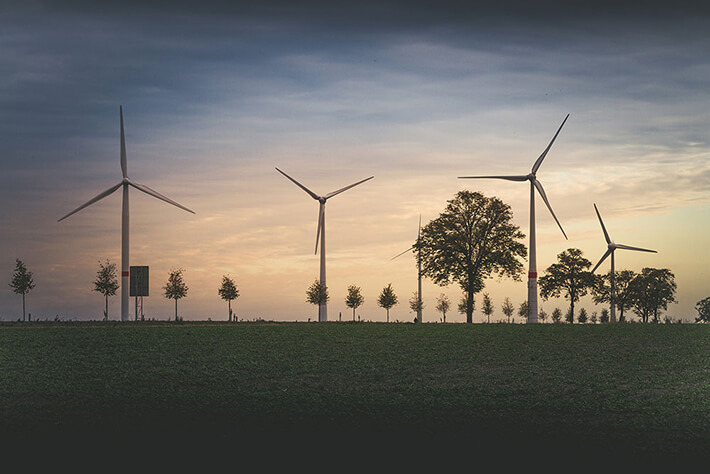 The United States is the second-largest energy consumer on the planet. Over the past dozen years, domestic production of oil and natural gas has grown thanks in part to the innovation of shale extraction. The surge in energy production has been further advanced by lower costs of renewable sources, such as wind and solar power. As a result of the increased supply of natural gas and renewable energy, the coal industry has declined significantly, and more than 200 plants have closed.1

Today, renewable sources account for more than 10% of U.S. energy production.2  According to the Institute for Energy Economics and Financial Analysis, the United States is expected to generate more power from renewable energy than from coal starting next year, in 2021. Texas has already passed that threshold: Wind energy represents 22% of Texas’ overall power generation compared to 21% from coal.3

One of the lessons we can take from this shift is that innovation requires us to adapt to new ideas. For a while we may cling to past solutions. However, when innovation begins to provide cost-effective solutions that offer other benefits — both for humans and the environment — it can make economic sense to embrace the changes.

The same could be said for one’s personal insurance outlook. If you have older insurance policies that do not offer some of today’s newer features and benefits, it may be worth exploring what is now available. This is an opportunity for you to evaluate your current strategy and make sure you are working toward your long-term goals and objectives. Let us know if you’d like help reviewing your insurance policies.

It’s funny, though. With innovation, there are always new problems and challenges. We tend to accept new technology when we recognize that the negatives of the previous option are more onerous than the drawbacks of the new solutions. For one case in point, consider electric vehicles, which are touted for their advantages of mileage economy and eliminating exhaust emissions. However, there is growing concern about the disposal of the vehicles’ lithium-ion batteries after their 15- to 20-year lifespans. Lithium-ion batteries cannot be buried in landfills because they are flammable and could release toxic chemicals into the environment.4

One solution to this problem could be yet another innovation, an alternative to lithium-ion batteries: molecular thermal solar storage systems. While still in the early stages of development, this concept takes a liquid molecule made up of carbon, hydrogen and nitrogen that, when exposed to sunlight, draws in the sun’s energy and holds it and then can be triggered to release that energy as heat. This innovation conceivably could store energy for smaller enterprises, such as homes and automobiles, for a much longer period than that of lithium-ion batteries. Developers are focused on heating; it remains to be seen whether such a system could generate electricity.5

Perhaps the good news about America’s energy challenge is that many traditional energy companies are motivated and well-positioned to help address these issues, seeking new solutions to address demand.

Our firm is not affiliated with the U.S. government or any governmental agency. Guarantees and protections provided by annuities are backed by the financial strength and claims-paying ability of the issuing insurer. We are an independent firm helping individuals create retirement strategies using a variety of insurance products to custom suit their needs and objectives. This material is intended to provide general information to help you understand basic retirement income strategies and should not be construed as financial advice. The information contained in this material is believed to be reliable, but accuracy and completeness cannot be guaranteed; it is not intended to be used as the sole basis for financial decisions. If you are unable to access any of the news articles and sources through the links provided in this text, please contact us to request a copy of the desired reference.
1047519B