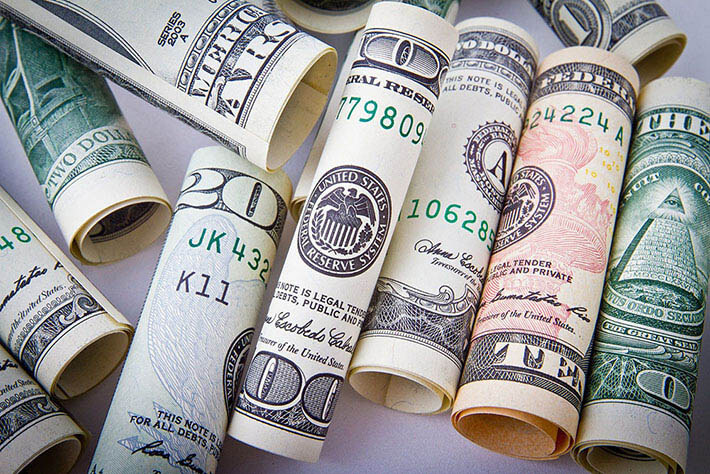 The federal minimum wage is set at $7.25 an hour, a rate that has not increased in more than 10 years, not even to keep pace with the cost of living. Even so, the national average minimum wage is $11.80, but only because some states have increased their minimum floor.1 In 2020, another 24 states are set to increase their minimum wage for workers, ranging from $8.56 to $15.00 an hour.2

While you may work the same job at the same company as another individual, but in another state with a similar cost of living, you could earn substantially less money. That means a couple with a stay-home parent in which the income earner works full time for the federal minimum wage, the household income would be far below the federal poverty level for a family of three ($21,720 in 2020).3

Regardless of how much income we earn, we each must learn to manage our own money — living within our means and controlling our spending habits and whatever indulgences cause us to go off course. It also means insuring against the potential of large losses from which we may have difficulty recovering financially. If we can help you figure out your insurance needs or help you address them, please let us know.

Without a more universal set of minimum wage standards, the country may continue down the path of greater disparity between poor and wealthy states. It is perhaps for this reason that the concept of a universal basic income is making a resurgence after being historically considered several times. Back in the late 1700s, Thomas Paine was a proponent to help ensure founding families each had an equal shot at success. In the 1960s, President Nixon proposed a guaranteed annual income of $1,600 for families to ensure children would not not grow up in poverty and risk suffering from the subsequent long-term impacts.4

More recently, presidential candidate Andrew Yang proposed a universal basic income of $1,000 a month. The strategy is to bolster today’s low-income, poor and homeless populations; to help young people with student debt burdens; and to try to reduce the wealth gap between middle- and upper-income classess.5

Without better solutions, the U.S. could fall further into a widening income gap where the rich continue to get richer while the poor get poorer — or at least fall further and further behind the curve. This could include retirees who no longer earn a paycheck.

Remember that Social Security income is your income. It’s called a retirement program because you’re entitled to it; you and/or your spouse contributed money to the program throughout your careers (even if your career was as a homemaker, you may still be eligible to collect spousal benefits). However, even though you’re entitled to it, you won’t necessarily receive all of it, because a portion may be deducted to pay for Medicare premiums. If you have other sources of income, such as a pension, IRA withdrawals, part-time work, interest and dividends, you may have to pay income tax on your Social Security payments. You can elect to have income taxes deducted from your Social Security benefits before they’re paid out.6 It won’t matter if a family has adequate health care coverage if there are no providers to be found.

6 Emily Brandon. U.S. News & World Report. Jan. 21, 2020. “How Much You Will Get From Social Security.” https://money.usnews.com/money/retirement/social-security/articles/how-much-you-will-get-from-social-securit7. Accessed Feb. 7, 2020.

Our firm is not affiliated with the U.S. government or any governmental agency. Guarantees and protections provided by annuities are backed by the financial strength and claims-paying ability of the issuing insurer. We are an independent firm helping individuals create retirement strategies using a variety of insurance products to custom suit their needs and objectives. This material is intended to provide general information to help you understand basic retirement income strategies and should not be construed as financial advice. The information contained in this material is believed to be reliable, but accuracy and completeness cannot be guaranteed; it is not intended to be used as the sole basis for financial decisions. If you are unable to access any of the news articles and sources through the links provided in this text, please contact us to request a copy of the desired reference.
1092662B